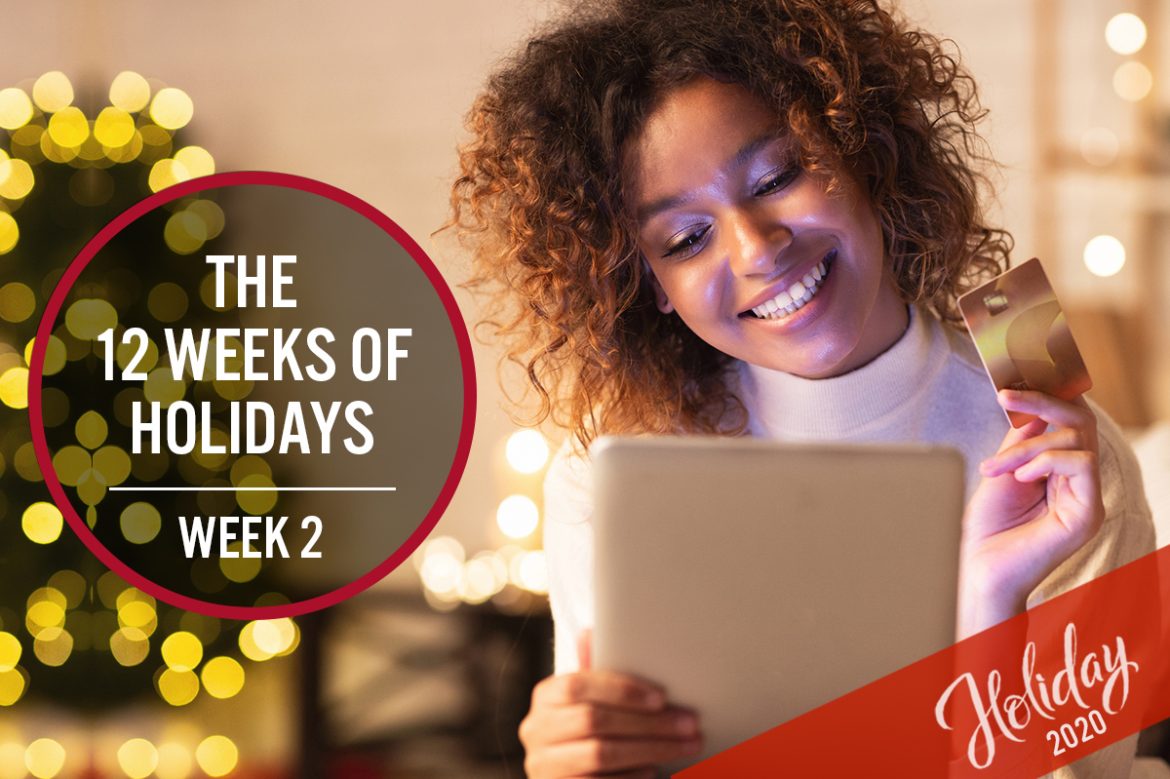 This free report is part of our 12 Weeks of Holidays series, in which we present key data, trends and observations as we count down to the peak holiday season.

We discuss the “festivalization” of holiday retail, with a focus on two key events for 2020:

We explore the implications for US retailers, including the expected early start to the holiday shopping season, based on proprietary survey data.

Click here to read our free follow-up report on the 10.10 Shopping Festival, which details the event’s participating retailers, charities and partners.

Click here to read the first report in the 12 Weeks of Holidays series, which discusses three ways in which US consumers expect to shop differently this holiday season.

Click here to read all Coresight Research coverage of US holiday retail.

We count down to the holiday season with a 12-week series focused on the data, trends and observations surrounding the end-of-year peak. In the second week of the series, we discuss the festivalization of holiday retail and its implications, including the benefits for US retailers.

Coresight Research is spearheading the inaugural 10.10 Shopping Festival in partnership with Shopkick and Fashwire on October 9–12, 2020. The festival was inspired by the success of Singles’ Day and 6.18, China’s two biggest shopping festivals.

As part of its efforts to bring the retail industry together, Coresight Research cohosted a webinar on September 16 with David Fisch, CEO of Shopkick, and Shay Gipson, Head of Strategic Partnerships at Fashwire, to discuss how retailers and brands could participate in 10.10.

Shopkick outlined more details in a September 25 press release, prior to Amazon’s announcement of Prime Day 2020.

On September 28, Amazon confirmed that Prime Day 2020 would run on October 13–14 for shoppers in Australia, Austria, Belgium, Canada, China, France, Germany, Italy, Japan, Luxembourg, Mexico, the Netherlands, Singapore, Spain, the UAE, the UK, the US and (new for 2020) Turkey. Amid the coronavirus crisis, the event was postponed from July.

The shape and scale of consumer demand during the holiday peak is less certain than ever. Our holiday coverage aims to offer directional guidance. In addition, as supply chains are strained and many retailers canceled orders earlier in 2020, the dynamics of this holiday season will be unlike any before. We believe that it could be unexpectedly strong as consumers have pent up demand and, due to the limited options for spending on services in recent months and over the holiday season, more discretionary income is available to be spent on gifts for others and for “selving” (self-gifting).

The 10.10 Shopping Festival will run on October 9–12, including the event’s namesake day of October 10 (or 10.10). The event will offer a gamified retail experience as well as deals to consumers, while driving traffic and pulling forward holiday shopping for retailers.

During the 10.10 Shopping Festival, which will span Shopkick’s Shopper Appreciation Weekend (October 9–11), shoppers will earn major rewards in the form of “kicks” (Shopkick’s rewards currency), for visiting and purchasing from participating retailers and brands, both online and offline. “Kicks” can be redeemed for gift cards or donated to participating charitable organizations.

Philanthropy is a core component of the 10.10 Shopping Festival, which encourages retailers and consumers to give back. Shopkick members will have the opportunity to redeem their “kicks” in the form of a charitable donation, and Shopkick will donate 5% of the monetary value of all “kicks” earned throughout the weekend to a charity. The festival is partnering with charities including St. Jude Children’s Research Hospital, a cornerstone partner; Pink Aid, helping to celebrate Breast Cancer Awareness Month with a 10.10 Gala; Soles4Souls, which turns unwanted shoes and clothing into livelihoods for those in underdeveloped countries; and The Mayor’s Fund to Advance New York City, which supports people with disabilities (PWD).

Supporting partners for the festival include innovators such as Newmine, Position Imaging, Science Inc. and Trove; REITs, landlords and shopping centers such as American Dream; supply chain companies such as Blue Yonder; and the Manhattan Chamber of Commerce.

Prime Day will be held on October 13–14 in most countries this year. It remains a 48-hour event, like last year, but between September 28 and Prime Day, Amazon.com will offer daily offers for Prime members.

The Impacts and Implications

The 10.10 Shopping Festival will herald the start of the holiday season for US retail, in place of the more traditional Thanksgiving and Black Friday. This event will help to pull forward holiday shopping, to help alleviate supply-chain pressures—especially in the fulfillment of online orders—against the backdrop of the Covid-19 crisis.

Already, three in 10 US consumers expect to start shopping earlier for the holidays, compared to last year. This compares to just one in 10 that expects to start later. Among those expecting to shop early, the earlier availability of discounts is a prompt for 35% of respondents (highlighted in Figure 1). Many shoppers appear to be attuned to the pressures on shipping capacity, with almost half (47.8%) of early shoppers concerned about online orders being delivered in time.

Retailers must not miss this opportunity to:

And, of course, they must minimize any loss of sales to Amazon.

On September 29, the day after Amazon confirmed the dates of Prime Day, Target said that it will hold its Deal Days promotional event on the same two days—October 13 and 14. Target will also expand “Black Friday pricing” through the whole of November, and promises to offer almost 1 million more deals than last year.

Soon after, Walmart announced a Big Save Event, running October 11–15.

In 2019, we saw rival US retailers and marketplaces run promotions against Prime Day:

October shopping events will help pull forward holiday demand, extending the season to three months. Coresight Research has heard concerns about shipping capacity constraints this holiday season from a number of retailers. Major logistics providers have indicated that their already strained networks will be severely tested in the months ahead, as e-commerce captures a bigger share of holiday sales.

Other advantages of festivalizing holiday retail include the following: