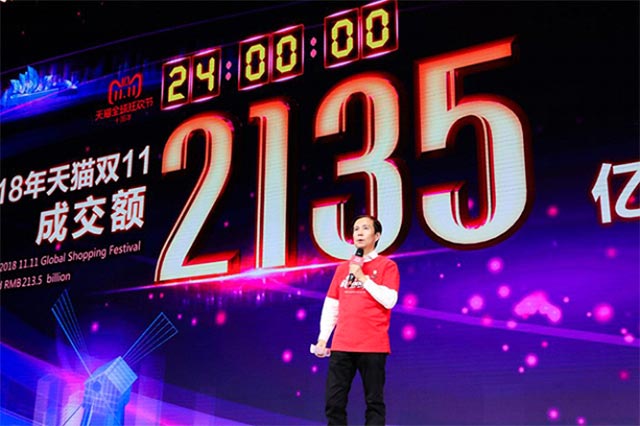 Sales records were smashed at an even faster pace. It took just two minutes and five seconds to reach ¥10 billion (US$1.46 billion) while last year it took three minutes and one second to reach the amount; and just 15 hours and 49 minutes to reach last year’s total GMV of ¥168.2 billion (US$25.3 billion). 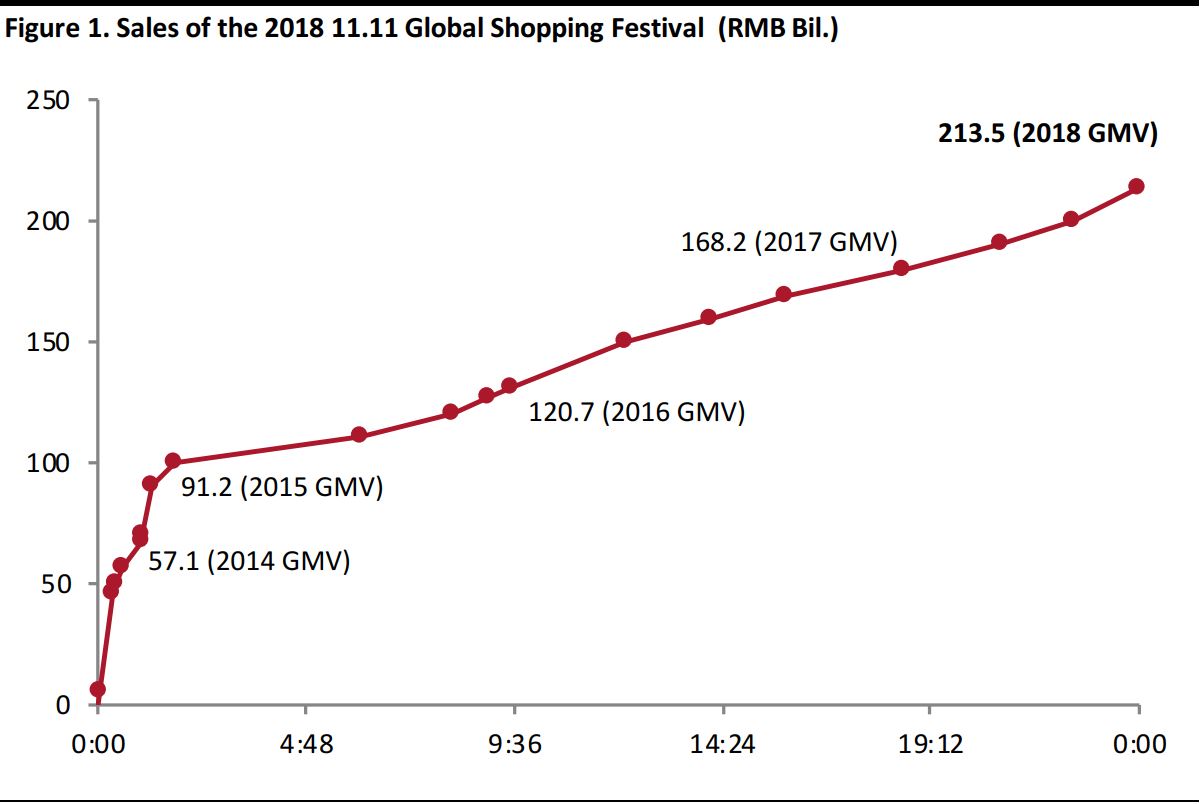 The unprecedented scale of the Singles’ Day this year, in terms of the number of Alibaba units, brick-and-mortar stores and brands participating, contributed to this year’s record-high sales.

Businesses across the Alibaba ecosystem were all in for this year’s Singles’ Day with 29 Alibaba units participating. Local service companies Ele.me and Koubei (which mergedin October) also contributed to the success of this year’s Singles’ Day:Ele.me offered 24-hour delivery services and provided delivery for select Starbucks stores in 11 Chinese cities. Around 150,000 merchants on Koubei offered 50% off on catering, beauty and hair salons and karaoke bars. Ele.me exceeded last year’s total orders in the first nine hours of this year’s event.

Lazada, an Alibaba-controlled e-commerce platform operator, also helped raise awareness of Singles’ Day in six Southeast Asian countries by participating in the event for the first time this year. Lazada reported over 20 million consumers browsed and shopped on its websites and apps.

More brands participated this year than ever before, more than 180,000 domestic and overseas brands. 237 brands achieved a total GMV of over ¥1 billion (US$14.4 million), up from last year’s 167, including international brands such as Apple, Dyson, Kindle, Estée Lauder, L’Oréal, Nestlé, Gap, Nike and Adidas.

Japan and the US remained the top two sources of imported products.

The tenth 11.11 Global Shopping Festival broke new records in sales and delivery orders. The scope and international reach of the Singles’ Day this year was unprecedented, supported by full participation of all Alibaba companies and more overseas merchants than ever before. New Retail played an important role in this year’s Singles’ Day event, bringing more seamless integration of online and offline retail operations.