CES 2023: A First Look at the Show, Keynotes and Sessions 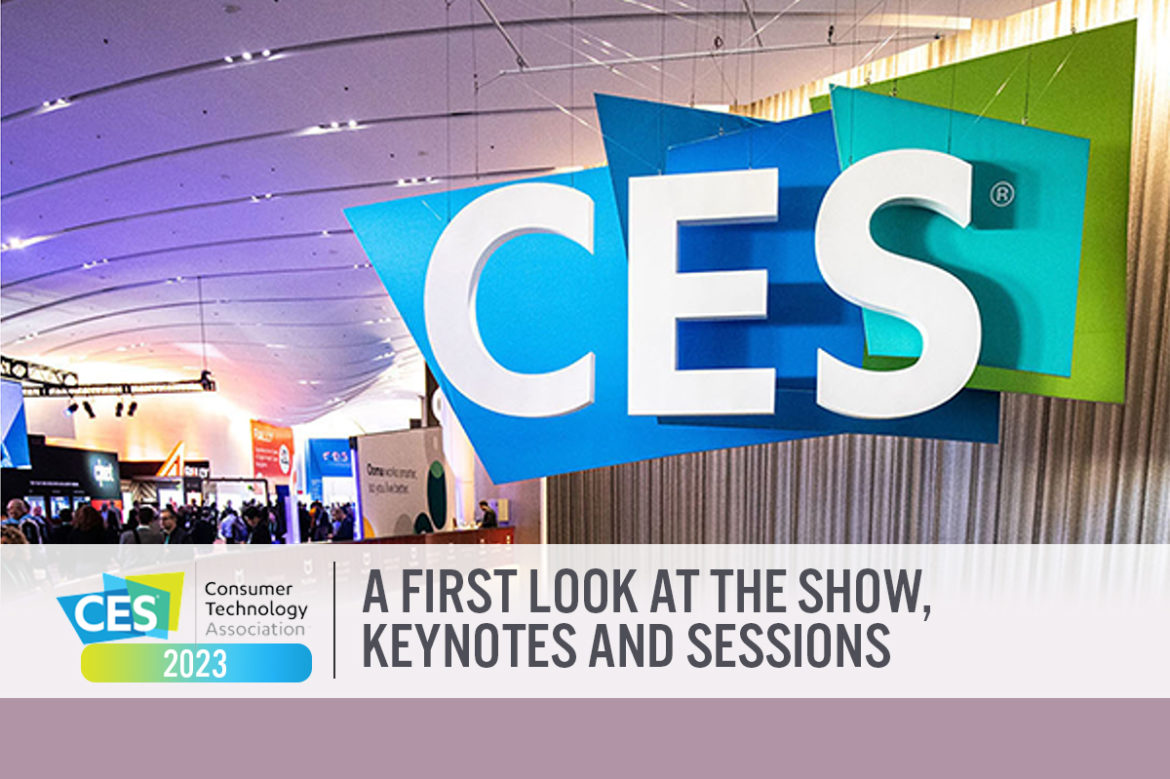 The Coresight Research team will attend CES (formerly the Consumer Electronics Show), hosted by the Consumer Technology Association (CTA) in Las Vegas in January 2023. We present an early look at the show’s Media Days, keynotes and sessions.

The metaverse and its building blocks will likely be the shiniest addition to CES, with an area devoted to Web 3.0 and the metaverse in the Central Hall of the Las Vegas Convention Center. In addition, we expect to see an increased focus on all kinds of autonomous vehicles (air, land and sea), as well as a diversified focus on other industries such as retail and healthcare, as tech is starting to permeate practically every other industry.

In this report, we provide an early look at the show’s media days, keynotes and sessions, including three major product showcases.

Look out for upcoming reports in January 2023, when we will present our insights from the show.

The Media Days will kick off with a presentation on “Trends to Watch” by Steve Koenig, VP of Market Research at CTA, who will outline global tech trends. The first day will also see the CES Unveiled product showcase (discussed later in this report).

The second day will be replete with press conferences from global tech companies, which are only open to media and industry analysts. Coresight Research plans to catch as many of the press conferences as possible, including from Hisense, LG Electronics, Panasonic, Samsung, Sony and TCL.

In Figure 1, we show selected keynotes from CES 2023 from the available agenda (as of December 20, 2022). Although it is typical for CES to offer keynotes from the electronics industry, the 2023 event will see keynotes featuring three speakers from the automotive/transportation industry. It is also notable to see speakers from retail and healthcare, indicating the spread of tech into other industries.

The 2023 conference program will cover typical topics such as fitness and wearables, home entertainment, smart cities, smart home and startups. However, it will also feature several metaverse-related topics, including:

Other key topics at CES will include:

CES will also focus on several social topics in 2023, including:

Three product showcases will take place at CES 2023, presenting curated selections of the 4,500 exhibitors presenting in the conference halls. All three showcases take place in a large exhibit hall and feature booths where vendors demonstrate and explain their products, offering hands-on experience of new products and an opportunity to meet with inventors and tech company executives.

Company exhibits will be hosted in two main locations:

It is always a challenge to absorb the mind-boggling amount of new information and technology presented at every CES show. We will present key messages from the event in our daily coverage reports, as well as highlight exciting products and emerging innovators, so that both attendees and those unable to travel to Las Vegas won’t miss out on anything!

We characterize this year’s show as evolutionary, rather than revolutionary (i.e., showing applications of existing technologies rather than introducing new, groundbreaking ones), with one major exception: the metaverse. We expect to see numerous demonstrations of metaverse technology, as well as its foundational technologies such as cryptocurrencies, NFTs, virtual reality and haptics, and other physical sensors and devices.

In addition, we expect to see an increased focus on all kinds of autonomous vehicles (air, land and sea), as well as a diversified focus on other industries such as retail and healthcare, as tech is starting to permeate practically every other industry.