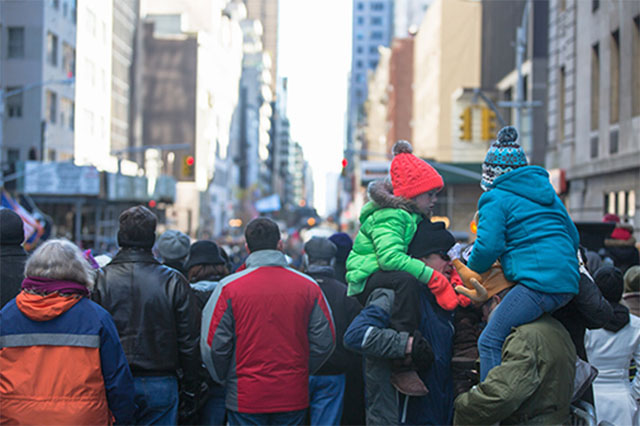 The Thanksgiving-Black Friday holiday week is expected to be colder than last year, with extreme cold hitting on Thursday, November 22 and Friday, November 23. Snow is expected from Massachusetts to Albany, with wind chills falling below zero in the Northeast and into the teens from Philadelphia to Washington, DC. Temperatures across the US Gulf coast and the Canadian prairies are expected to be warmer than last year.

The figure below shows a temperature forecast map (versus last year) for the Thanksgiving-Black Friday week in the US and Canada. 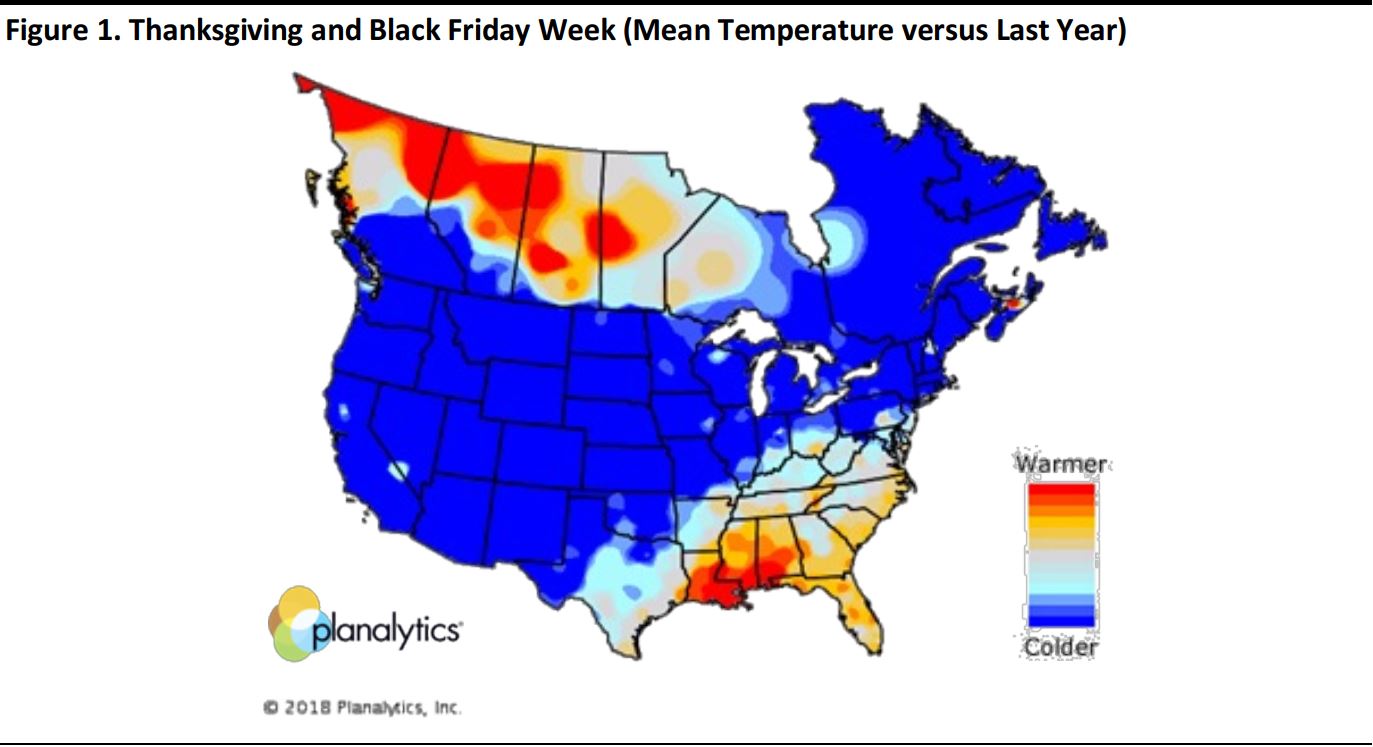 The colder weather year over year should drive demand for apparel such as winterwear in Denver (29% higher), fleece in New Orleans (16% higher), sweaters in Phoenix (14% higher) and boots in Montreal, as well as other winter needs such as ice melt in Boston and snow throwers in Minneapolis (19% higher). Demand for cocoa is expected to be 11% higher in Nashville. 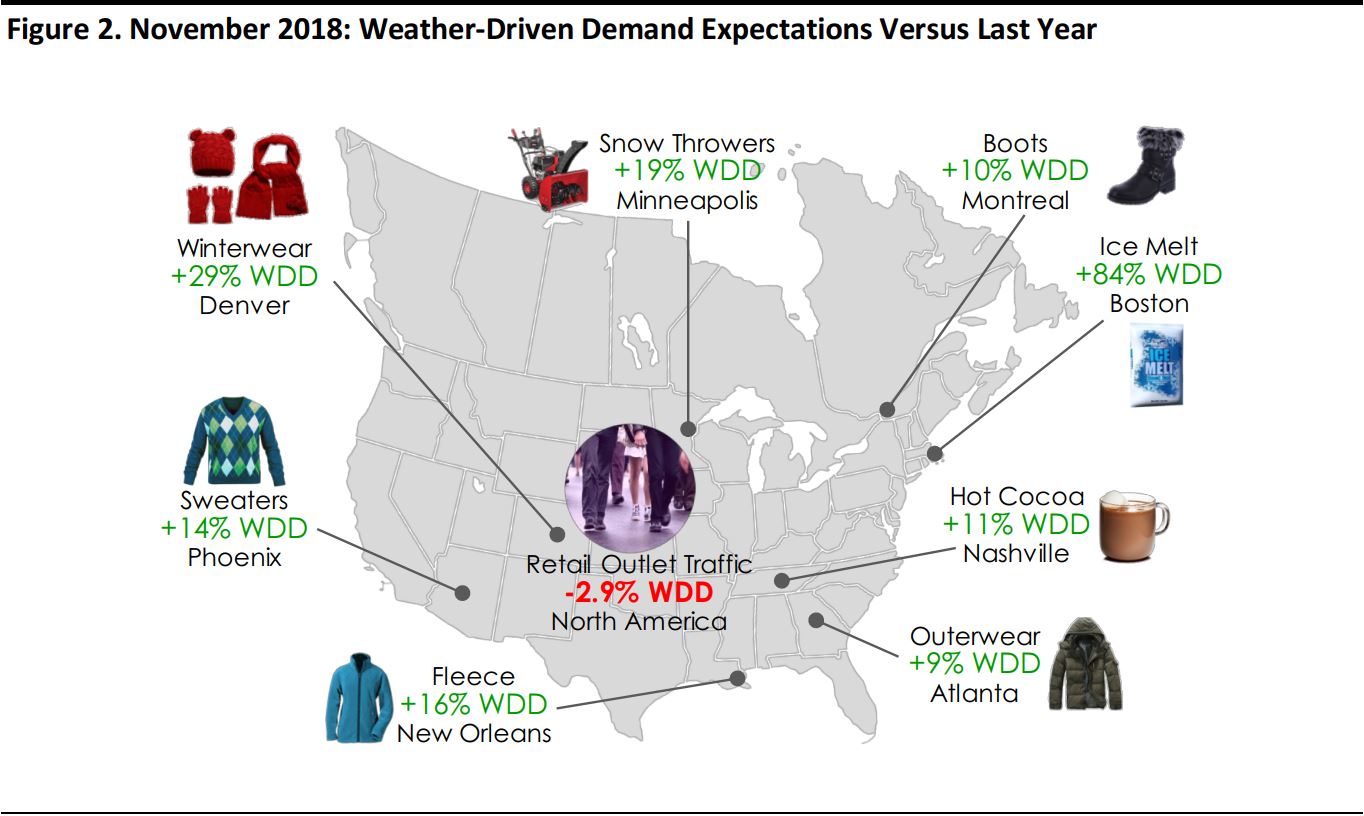 The December forecast is expected to be warmer than last year, particularly in Eastern Canada, but cooler in the US Southwest. The forecast also calls for more precipitation than last year across most of the US.

Demand is expected to be higher for fleece in the Southwest but lower for boots, gloves and hot cocoa across the rest of the US. The impact of the warmer weather is expected to generate an incremental $1.1 billion in sales for restaurants, $727 for home-center stores and an additional $247 million for specialty apparel. Poor air quality caused by fires in northern California could dampen holiday spending in the San Francisco Bay Area.

This forecast should generate weather-driven demand in December as illustrated below.

The warmer weather is expected to drive lower demand for ice melt in Toronto, gloves in New York City and jackets in Atlanta.